RV Backup Camera: Is it worth it?

Ever tried to maneuver your motorhome backward through a narrow alley or park in a tight spot? Then you probably know that it’s very difficult to accurately assess the blind spot behind your vehicle.

In a normal car, the rearview mirror or the electronic parking aid is enough to steer you around concrete posts, branches, or playing children. With a motor home, it’s a different story. The motorhome is too wide for the detection range of electronic driving aids, and rear racks or attached bicycles also confuse the sensor’s field of vision. A rearview camera for motorhomes helps to master tricky situations. We explain the differences between the models and what you need to look out for when buying a camper camera.

Advantages of a reversing camera for motorhomes

With a camper camera or rearview camera, problems when maneuvering in difficult conditions are a thing of the past. With this type of camera system, a small video camera is installed at the top of the rear of the vehicle or on the license plate and connected to a monitor in the cockpit. The camera switches on automatically when reverse gear is engaged and provides real-time images of the area behind the vehicle. This provides a much better overview and makes driving easier, especially for less experienced motorhome drivers.

Roughly speaking, a distinction is made between two types of RV rearview cameras:

In principle, both types of systems offer identical functions and also have similar components:

The difference between wired and wireless rearview cameras is in the transmission of the video signal. In the wired system, the signal is transmitted from the camera to the monitor in the driver’s cab by cable. With the wireless system, the transmission runs without cables, namely wirelessly via radio. Of course, fewer cables sound better to many users at first. However, wireless rearview cameras are not necessarily the better choice – both camera systems have their advantages and disadvantages.

Rearview cameras with physical cables are the more popular option for many campers. They offer secure and interference-free transmission, as there is no overlap with the frequency range of WLAN, DECT, or other wireless standards. On the other hand, installation is a bit more complicated, as you first have to pull a cable from the end of the vehicle through the camper to the cockpit, which means more effort.

Wireless systems are much easier to install, but also more susceptible to interference and image loss. Under certain circumstances, the camera sends an image from the rear of the vehicle to the monitor while the frequency is blocked by the WLAN network of the motor home. Result: Nothing comes in front and the monitor remains black. In addition, even with wireless cameras, you may have to drill a hole through the outside wall of the camper to supply the system with power. So you can’t do it completely without cables.

What to look for when buying a rearview camera for motorhomes

Whether you buy a wireless or wired rearview camera, the system usually consists of these components:

The camera is the central component of a reverse video system. Depending on the model, the camera transmits images in black and white or color. An extremely light-sensitive CCD sensor ensures that good images still arrive even in poor lighting conditions. Many cameras also have an illumination LED. Ideally, the camera is housed in waterproof housing with IP67 protection. This means that the camera is dustproof and waterproof to a certain depth. So heavy rain and driving over dusty provincial roads won’t bother the camera.

LCD monitors usually come with a screen size of 5 inches or 7 inches. This corresponds to a screen diagonal of about 5 or 7″. When buying, look for high brightness (300 cd/sqm or more) and a switch between day and night mode. Otherwise, the monitor is too dark during the day and blindingly bright at night. Higher-priced models sometimes have a light sensor that continuously adjusts the brightness, for example when you enter a tunnel.

Cables are needed for the power supply and the connection between the camera, onboard power supply, and monitor. The general rule is: as many cables as necessary, as few as possible. When in doubt, however, it’s better to allow for a little wiggle room. A rule of thumb says: Every cable is laid with a reserve loop.

A sun visor is included in almost all rear cameras today. The sunshade sits above the lens and ensures that the camera delivers sharp images even when the sunlight is flat on the lens.

The lens protector (also called a shutter) is additional protection for the camera and is also standard in many rear cameras. It is a flap driven by a motor that protects the camera from splashing water and dirt when not in use. When the camera is switched on, the flap simply opens again. More expensive models also have a built-in heater that prevents the lens from fogging up or freezing over at low temperatures.

If you search for rear-view cameras on the Internet, you will sometimes find the words “also suitable for caravans”. However, you should be very careful here. The monitor must be placed in the towing vehicle and the camera a few meters further back on the caravan. And this is exactly what poses a serious problem for wireless rearview cameras. Between the camera at the rear of the caravan and the monitor on the dashboard are two bodies with countless vehicle parts. In addition, both the transmitter and receiver are constantly in motion while driving. The result: signal transmission is impeded – interference-free transmission is not guaranteed. If you want to get a rearview camera working in a caravan, all you can do is be a tinker. By extending the video cable and relocating the transmitter module, you can ensure that the radio signal is strong enough – the transmitter then sits directly behind the car.

Radio and cable rearview camera in the camper retrofit or install

The installation of a radio or cable rearview camera does not differ fundamentally and consists of these three steps:

First, you have to mount the camera at the rear of the motorhome. It is advisable to place the camera either on top or on the bumper to have a good view. Depending on the motorhome, a vertical height of 2.30 to 2.50 is optimal. Make sure you mount the camera horizontally in the middle of the car. In some systems, the camera is installed in the frame of the license plate holder. This works basically also quite well because the camera sees left and right as in the above-mounted variant. Possibly there can be problems with the viewing angle. Try it out for yourself and see which view suits you better.

You should place the monitor in a clearly visible area of the driver’s cab. Make sure that the screen still provides a good image, even at a slightly slanted angle. You should also be able to switch between normal view and mirror view so that the camera corresponds to the view in the rearview mirror.
Otherwise, you have to “rethink” the image on the monitor – and that certainly doesn’t contribute to overall driving safety. To check this, simply hold a sign or sheet of paper with writing on it in front of the camera. If the lettering is displayed mirror-inverted, the perspective is correct.

There is no need to run the cable from the camera to the monitor if you install a wireless rearview camera in your RV. In the case of a wired rearview camera, you can’t avoid this step. However, you can usually lay the cables over the vehicle floor, which is the simplest and most elegant solution. In the case of caravans, it is a good idea to run the cables along with the chassis under the caravan.

Rear-view cameras make maneuvering easier and are particularly useful for novice drivers or for driving in narrow lanes. Thanks to high-resolution screens and infrared cameras, high-quality models ensure good transmission of the video signal even at night.

✅ Are RV backup cameras worth it?

An RV backup camera can make you feel safer behind the wheel, and make your RV less of a threat to cars and pedestrians around you. It can also make it a lot easier for you to opt for the cheaper back-in spaces at your favorite campgrounds, since it won’t be such an ordeal to wiggle into your campsite.

✅ Do you really need a backup camera?

A backup camera is now mandatory for every sub-10,000-lb vehicle sold in the US, Car and Driver, and Autotrader report. That’s been the case since May 1st, 2018, when the US Department of Transportation regulation went into effect.

✅ Can I leave my backup camera on all the time?

Yes, backup cameras can always be on, you just need a good quality product and the right installation skills. 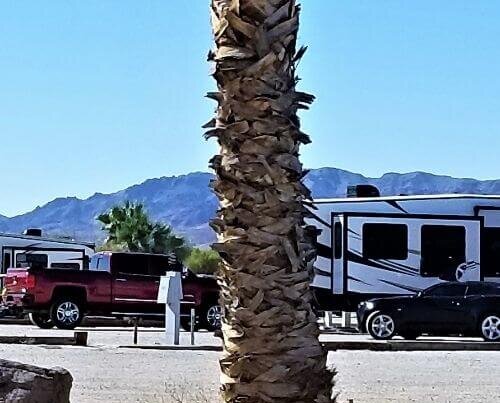 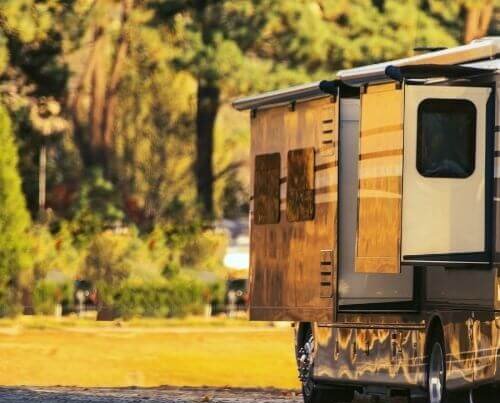 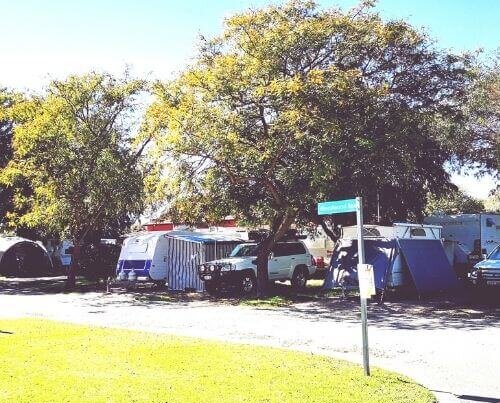 What is the best RV refrigerator?