Reversing with a motor home or caravan is more difficult than it looks. A reversing camera for motorhomes helps to master tricky situations.

We explain the differences between the models and what you need to look out for when buying a camper camera. Ever tried to maneuver your motorhome backward through a narrow alley or park in a tight spot? If so, you probably know that it’s very difficult to accurately gauge the blind spot behind your vehicle.

In a normal car, the rearview mirror or the electronic parking aid is enough to steer you around concrete posts, branches, or playing children. With a motor home, it’s a different story. The motor home is too wide for the detection range of electronic driving aids, and rear racks or attached bicycles also confuse the sensor’s field of vision.

Advantages of rearview cameras for motorhomes

Rearview cameras make maneuvering and parking with the motorhome simply much easier and thus safer! Estimating distances to the rear of a considerably longer vehicle – such as campers and the like – is simply very difficult. And if one uses only the outside mirrors, then there is simply the danger that one overlooks pedestrians, posts, or also only plant boxes. Most of the time, you need a second person to guide you through these maneuvers. With a rearview camera, you can do this alone. Because you get the field of view behind the vehicle comfortably on a display in the vehicle.

Retrofitting a reversing camera in a motorhome

A motor home offers a good overview to the front due to the elevated seats, but to the rear the view is often worse than in a compact passenger car. Particularly if the motorhome does not have a parking aid with acoustic signal, a reversing system with camera can offer a good alternative. A distinction can be made between reversing cameras with cables and radio-controlled systems. In cable-controlled systems, the images from the rear reversing camera are transmitted forward to the monitor in the driver’s area by means of a cable. In wireless systems, the image is transmitted by radio.

Basically, such a camera system consists of several components:

Retrofitting seems worthwhile because the transmission of recordings behind the motorhome is for many an enormous relief when driving and maneuvering. At the same time, the financial outlay is manageable with numerous reversing systems on the market – especially when compared with possible damage to the vehicle caused by poor visibility to the rear.

About the author. Max Welder is a mechanic enthusiast. Currently, working at a small company. Experienced in electronics, car tools and security systems. In his spare time, he writes articles for various blogs. Read More…

When you buy through links on our site, we may earn an affiliate commission. Thanks for helping us do what we love.

Types of Rearview Camera for RV

Rearview cameras with physical cables are the more popular option for many campers. They offer secure and interference-free transmission, as there is no overlap with the frequency range of WLAN, DECT, or other wireless standards. On the other hand, installation is a bit more complicated, as you first have to pull a cable from the end of the vehicle through the camper to the cockpit, which means more effort.

Wireless systems are much easier to install, but also more susceptible to interference and image loss. Under certain circumstances, the camera sends an image from the rear of the vehicle to the monitor while the frequency is blocked by the WLAN network of the motor home. Result: Nothing comes in front and the monitor remains black. In addition, even with wireless cameras, you may have to drill a hole through the outside wall of the camper to supply the system with power. So you can’t do it completely without cables.

More info: RV Backup Camera: Is it worth it?

Table of Contents: Open me

View on AmazonView on Walmart
3

View on AmazonView on Walmart
4

All our reviews are based only on expert judgment or practical experience with most of Rearview Camera for RV and Trailers we consider. We strive to ensure that our leadership is independent and as detailed as possible.

The installation of a wireless or wired rearview camera is not fundamentally different and consists of these three steps:

First you have to mount the camera at the rear of the motorhome. It is advisable to place the camera either on top or on the bumper to have a good view. Depending on the motorhome, a vertical height of 2.30 to 2.50 is optimal. Make sure you mount the camera horizontally in the middle of the car. In some systems, the camera is installed in the frame of the license plate holder. This works basically also quite well, because the camera sees left and right as in the above mounted variant. Possibly there can be problems with the viewing angle. Try it out for yourself and see which view suits you better.

You should place the monitor in a clearly visible area of the driver’s cab. Make sure that the screen still provides a good image even at a slightly slanted angle. You should also be able to switch between normal view and mirror view, so that the camera corresponds to the view in the rearview mirror.
Otherwise, you have to “rethink” the image on the monitor – and that certainly doesn’t contribute to overall driving safety. To check this, simply hold a sign or sheet of paper with writing on it in front of the camera. If the lettering is displayed mirror-inverted, the perspective is correct.

So it is highly recommended that you follow the instructions in the manual for your level.

Rear-view cameras make maneuvering easier and are particularly useful for novice drivers or for driving in narrow lanes. Thanks to high-resolution screens and infrared cameras, high-quality models ensure good transmission of the video signal even at night. And if the worst should happen, you’re on the safe side with ADAC insurance.

❓ Which is better wired or wireless backup camera?

Because a wired camera has a direct connection to the screen in your car, the picture quality will be considerably better than a camera with a wireless connection. The wiring can handle more data and can receive the image quicker than a wireless camera, resulting in a focused and sharp picture.

❓ Can I leave my backup camera on all the time?

Yes, backup cameras can always be on, you just need a good quality product and the right installation skills.

❓ Where do you mount a camera on a camper?

In most cases, the rearview camera on an RV is mounted just below the clearance lights. Check online for examples before you start. If your clearance lights are low it shouldn’t be a problem, but again this will vary from rig to rig. Grab a pencil and mark where you plan to drill the 3/4-inch hole for your wire.

Read the latest from Max Welder:

A truck driver on the road may need many tools and other small items to repair the vehicle. Toolboxes are installed on the truck for convenient storage and safety on…
Read More
June 26, 2021 in Safety in RV, Tools

The best engine oil suction pump With engine-powered devices such as a car or a motorcycle, it is necessary to change the oil regularly. This is particularly easy and fast…
Read More
June 21, 2021 in Safety in RV, Supplies, Accessories & Outdoor for RV, Caravan, Motorhome & Van, Tools

The following review has the purpose to inform the reader about the topic of anti-theft devices for trailers of motor vehicles. Within the scope of the same, it shall be…
Read More 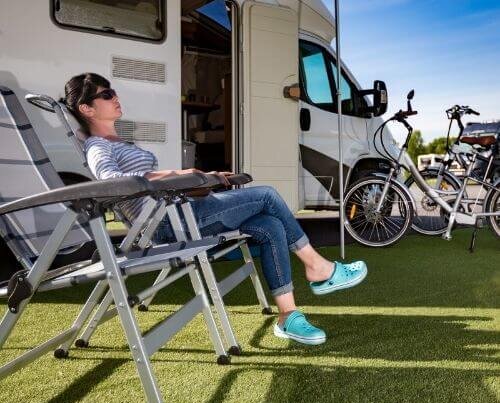 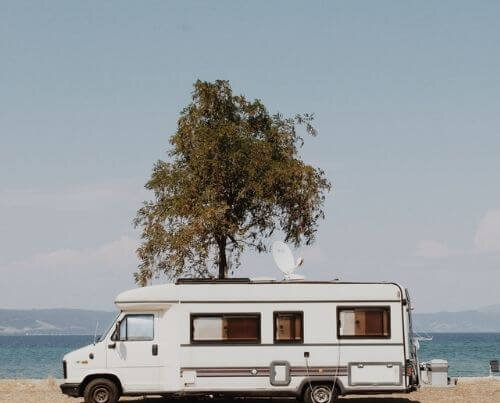 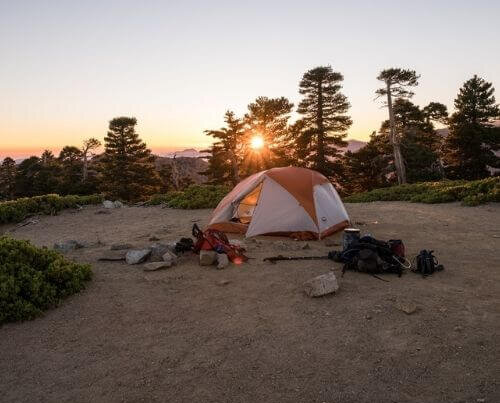